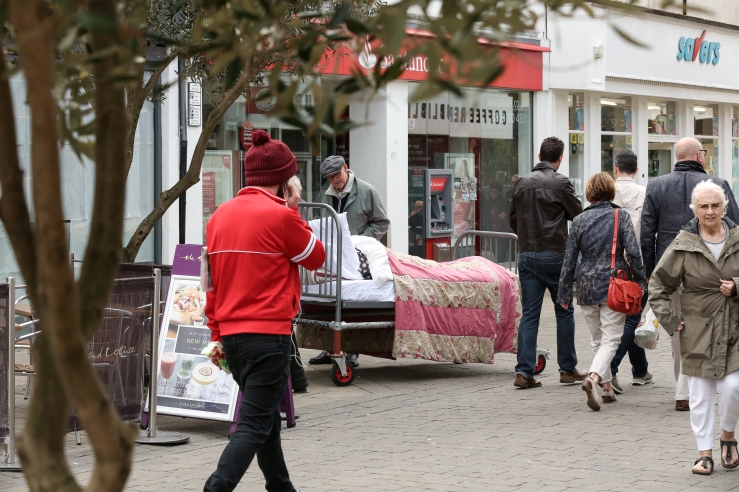 Writing in her theatre blog last week the Guardian’s Theatre Critic Lyn Gardner cites a recent study that suggests that outdoor arts are able to achieve what the wider cultural sector aspires to but seldom reaches –an audience that is representative of the population as a whole. Of course its easy for your audience to resemble a cross-section of those on the street if your theatre is actually on the street.

Theatre’s relationship with audiences in most conventional spaces is clear. You buy a ticket with a particular expectation. On the street it’s different. People are taken by surprise. If they become curious, entertained or provoked, they’ll stay; if not they’ll go.

But what if performance sets out to be sudden and disruptive? What responsibility has the artist to those s/he seeks to address? What if the performance brings to the fore the disturbing and uncomfortable? 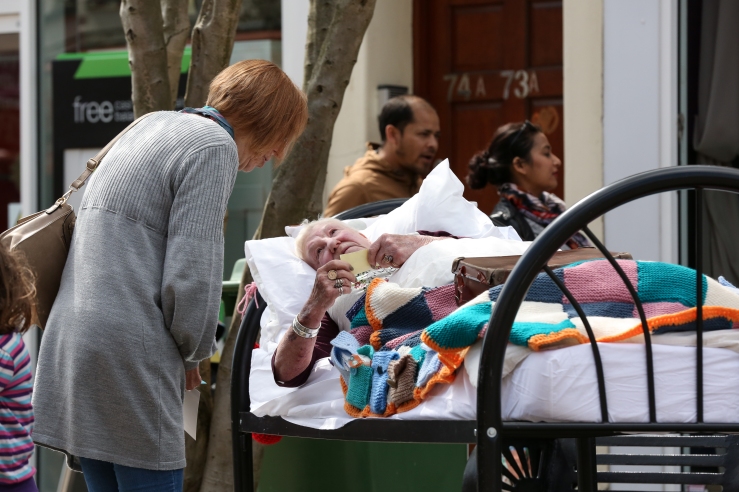 Hidden in the inside pages of last week’s Metro, London’s commuter newspaper, was an article with the headline ‘Pensioner survives on drips from fridge’. It’s a familiar story that we are all slowly becoming immune to.

Entelechy’s current touring street theatre performance BED seeks to bounce these hidden stories into plain view.  The design of the beds is quite theatrical but time and time again people initially imagine that they are witnessing a new reality:

‘I thought that she’d been abandoned. When I first saw it I genuinely thought that somebody had abandoned her there. And my understanding of that is because people can’t get care and families can’t cope and the only way to get them in anywhere is to abandon them there, literally in the middle of the street.’

It’s a fine balance treading this delicate line between fiction and reality. The sleight of hand that transforms the imagined real into a more approachable fiction; offering passers-by the context of a performance and the political and artistic agency of the older performers. Perhaps that gives a kind of hope, suggests a possibility for change.