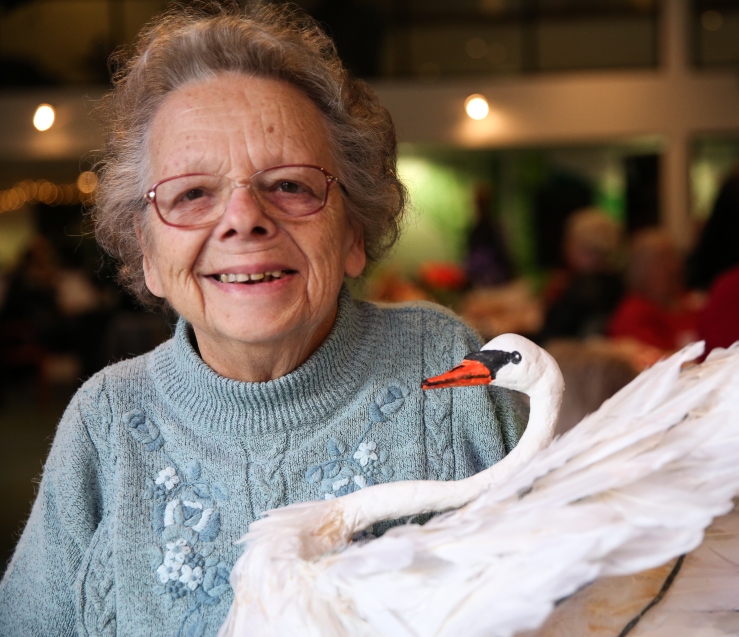 When I was 14 my mother was working in the café of the Horniman Museum serving teas. Rosa Dawson ran the children’s room at the museum and asked my mother if I would be interested in helping her at the weekends. It was very interesting. I really enjoyed it.

Rosa introduced me to a marionette company. There had some marvellous marionettes and a stage where they used to do plays. I got involved and joined the marionette society. I used to go up to this hotel once a month and we used to show off what we had made. I made quite an impression. They wanted me to go and work the marionettes in their theatre when they went on a tour of Europe because I was so interested in it. But my Mum and Dad said “no” I couldn’t go because they were only gypsies. So that finished that.  I would have loved to have travelled with them. They were marvellous, marvellous marionettes. I’ve never seen anything like it before or since.

So I went to work in Guys Hospital as a dental technicians assistant. There were four of us girls and we used to do all of the stuff that the students didn’t want to do, making the bites for false teeth. It was an exacting sort of job.

My doctor told me about Meet Me because I was so depressed and run down and she recommended I come here. And the social worker tried to get me an appointment to come. That was about four years ago.

When I first came it was wonderful because I hadn’t been out to any clubs or anything ever. After my husband died that was it. The first day I came I can even remember I drew a parrot. And everybody was all keen on it and then I drew another bird and then I drew a horse’s head I think it was. Every time I came I did something different which I really enjoyed. We didn’t do sculpting work then it was just painting.

The artist Malcolm when he helped me do them. And because I’d made marionettes myself, all those years ago it bought it all back. It was very good.

I was up the park and I saw this swan and I thought it would be nice to make one of those. It was sticking the feathers on that was the worst. It was hours and hours to stick them on because they all have to be stuck on individually and you have to get them in exactly the right position otherwise they look odd.  You have to cut them and make sure they are on the right side and not the wrong side otherwise you don’t get the shine on them. It takes a little while to work it all out. His neck is twisted because he’s pulling himself out of the water. He’s just about to take off.

Its lovely when I finish a sculpture and see the finished product. It gives you great satisfaction. But then it’s sad because I don’t like to really like to finish them. Mixed feelings.

Coming to Meet Me has made a big difference to my life. I can’t believe what a difference it’s made. Sitting at home people say: “I bored, I’ve got nothing to do but if they cane to a place like this they wouldn’t have time to think. It’s a pity its only once a week. It would be nice if it was two days a week and a bit longer.