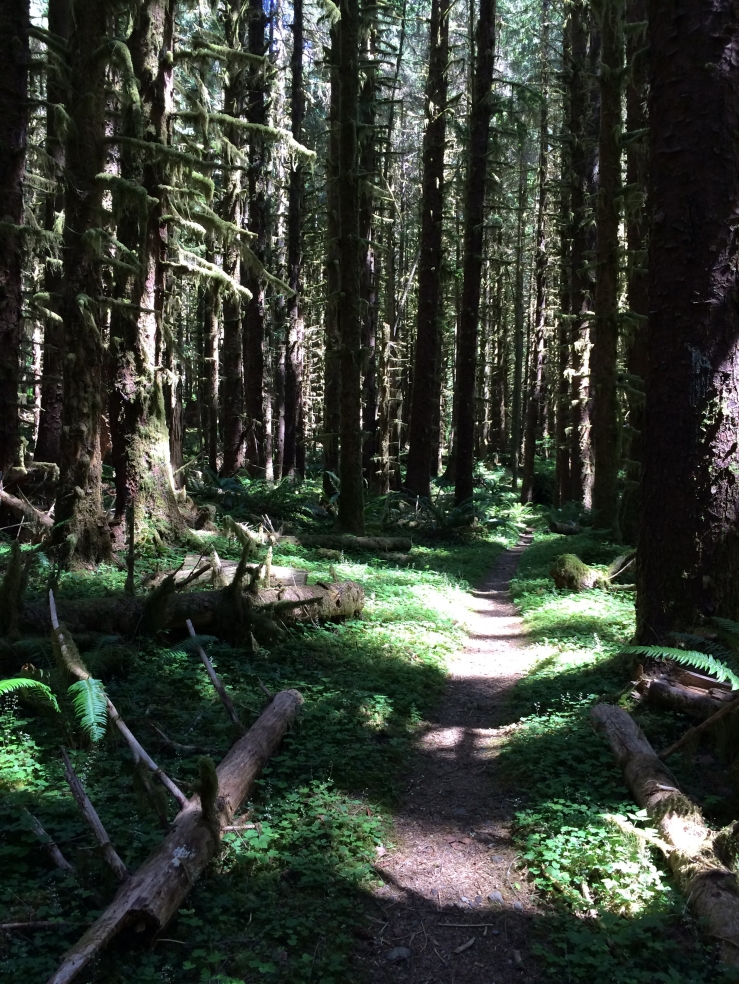 I have only once been truly lost. It was after midnight and for complicated reasons I was alone in the depths of a Caledonian pine forest. I remember the moment when I realised that I had absolutely no idea where I was and then running blindly into the darkness. Finally, I stopped, breathing slowly out into the night. After for what seemed an age, imperceptibly the thin trace of a path through the forest floor started to appear

What is it like to be lost and what if a solution to getting lost was to get even more lost? These were questions posed by the director Phelim McDermott at the start of Improbable’s ‘Lost Without Words’ in the Dorfman Theatre of the National Theatre. The work was conceived by the company out of the realisation that many older actors no longer felt the stage was their home. The stamina needed for many performances and the difficulty of remembering lines with struggling memories made it all just too complicated. What if, the company wondered, for this generation of performers in their seventies and eighties, the play didn’t necessarily have to be the thing? What if they were supported to develop improvisation techniques and conjure work from a mixture of imagination and the moment

There were four actors on stage, a musician, a lighting designer and two directors. The evening unfolded into a series of short stories. The first involved a table and two chairs. two performers, and nothing. Out of their shared not knowing tumbled a story about the reading of a will. There were unexpected turns and twists, prompts from the directors

It was a truly entertaining evening being in the company of these people –watching how they snatched beautifully crafted vignettes out of thin air, all delicately hung on the framework of improvisation exercises: ‘let each sentence begin with successive letters of the alphabet’ nudged one of the directors.

It is quite challenging to deliberately and intentionally set out to become lost. We have default catching mechanisms and so it seemed in the company of these consummate older artists. Their muscle memory of the held silence, the carefully intonated vowel, the sculptured gesture:  techniques intuitively co-opted to skate over moments of awkwardness. It was wonderful to witness this craftsmanship honed over careers spanning life times.

In one of the final moments of the evening one of the improvised characters lay prone on the floor and a director intervened to slowly dance her body back up, in a gravity defying spiral, into a wing-backed chair. For one spilt second they were off-balance, out of control. And in that hair’s breadth we glimpsed the transitory nature of the story: art and life dancing awkwardly and delicately on a fragile edge together.

Age reveals the urgency of our collective enterprise. For many people in the seventies, eighties and nineties, the task of learning how to get lost and to rediscover where you are or where you could be, is vital. Existing road maps are not that reliable. We need to be able to reimagine new possibilities of ourselves; we need the ability to improvise. In his book Managing Vulnerability the social scientist Tim Dartington asks the question; ‘What are the conditions in which it is possible and acceptable to be vulnerable in our society and survive?’ Perhaps the liminal space that the stage offers us is one place we can all begin to look for answers.

From this position theatre has a responsibility to both reshape its own narrative and act as a space for reflection and encounter in helping with a wider discourse. Elsewhere I have written about the late Yukio Ninagawa’s Saitama Gold Company formed of older performers beginning their stage careers in the last quarter of their lives. Ninagawa was passionate about harnessing the energy and life experience of older people in ways that could be used, as he said: ‘to create experimental works that push the boundaries of what a performance could be. The performers themselves are also afflicted by the numerous problems that face our ageing society, from physical decline to mental issues, so putting on a show involves hard work, but at the same time, the performers have their own remarkable acting style that differs from that of professional actors and produces many poignant moments.’

Perhaps in this territory we can slowly and quietly begin to dismantle the barriers between professional and non-professional, the separation between those who feel they no long fit, and those who have never been welcome. In the words of a recent Gulbenkian Foundation initiative, we need to learn how we can ‘share the stage’ and then we can all set out to get lost together.